Felicia Carmelly participated in Sustaining Memories in 2013. After her writing partner, Linda Rosenbaum, helped produce her memoir, Felicia spent the next year expanding and rewriting it, eventually submitting her revised memoir to the foundation’s publishing program. Felicia’s memoir, Across the Rivers of Memory, was published by the Azrieli Foundation in 2015.

Felicia Carmelly was born in Vatra Dornei, Romania, on September 25, 1931. In 1959, Felicia and her family emigrated from Communist Romania to Israel. Three years later they immigrated to Canada, where Felicia earned her master’s degree in social work. Felicia founded Toronto’s Transnistria Survivors’ Association in 1994 and published the anthology Shattered! 50 Years of Silence: History and Voices of the Tragedy in Romania and Transnistria in 1997. Felicia Carmelly passed away in 2018. 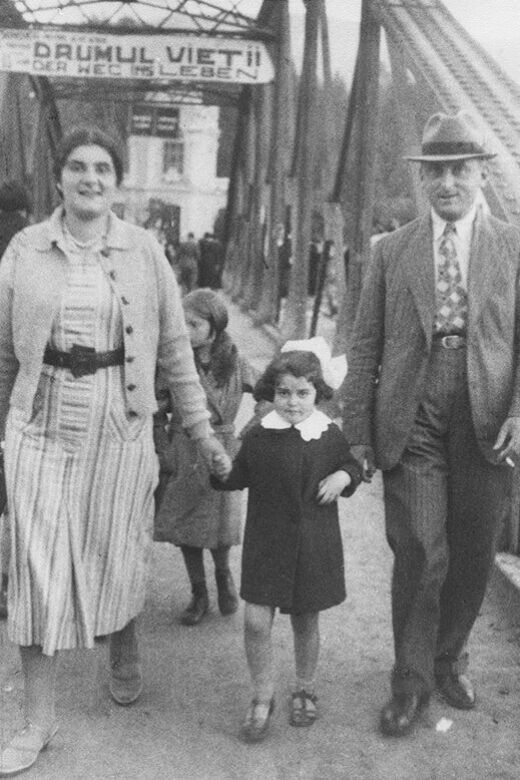 Felicia with her mother and her mother’s cousin under a banner reading “The Road of Life.” Dorna, circa 1937. 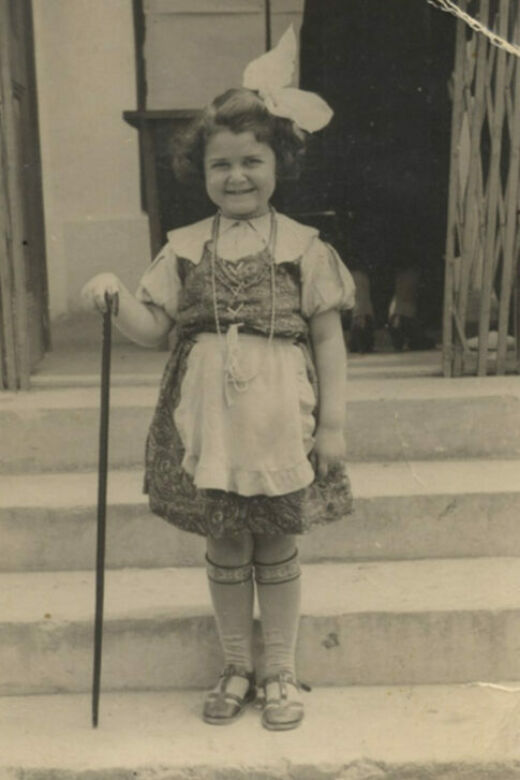 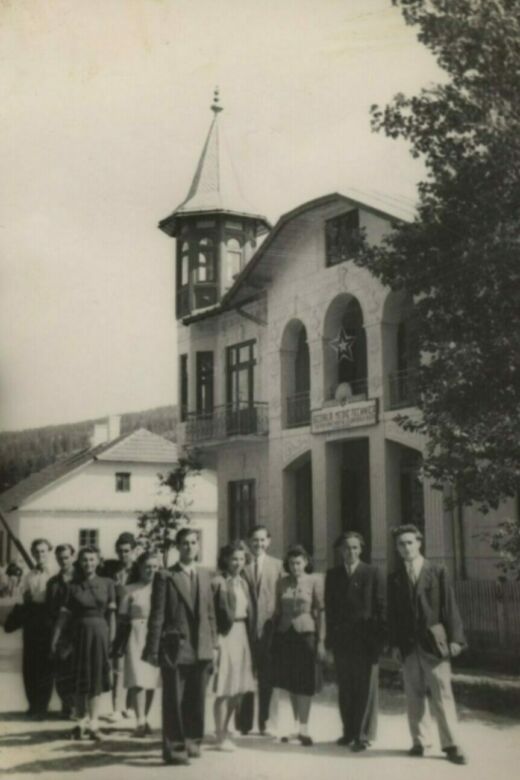 Felicia (third from right), with friends in front of the building she arranged to have used as a high school. Dorna, 1946. 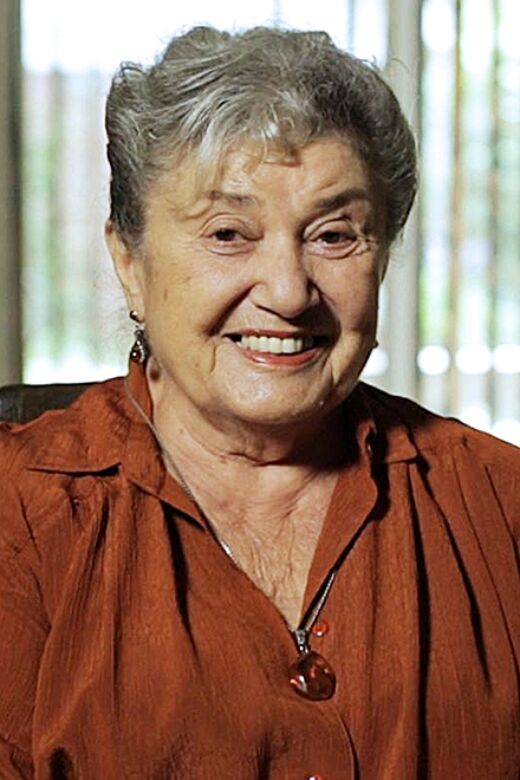